If I was the President, the country would’ve been in a much better state…

Are you sure? Prove it! The President Simulator game lets you rule one of the 163 modern countries. Politics, the media, espionage, natural disasters, wars, taxes, crime fighting… Show your strength, wisdom and perseverance. Build a build a superpower that dictates its rules, otherwise the world will smash your country.

Managing a country isn’t easy. Yet you’ll succeed! See for yourself.
• Over 50 unique plants and factories, more than 20 ministries and departments
• Change ideology, state religion, join international organizations
• Influence the country and the world using researches, espionage, politics, diplomacy, and religion
• Suppress rebels, stop strikes, epidemics, prevent disasters, protect the country from invasions
• Declare wars, conquer other countries, control conquered lands or grant them independence
• Build embassies, conclude commercial and defence agreements, take out loans from the IMF to develop your country
• Monitor the news about what’s happening in the country and in other lands
• Improve the President rating
• Enjoy the game at any time: running this app does not require the Internet

Thank you for playing the "President Simulator". Enjoy one of the most exciting strategies.

We are constantly updating our game: release new functions, and also increase its productivity and reliability. 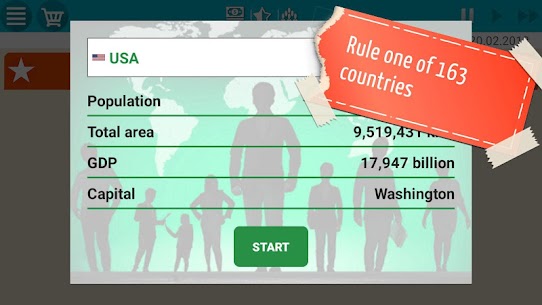 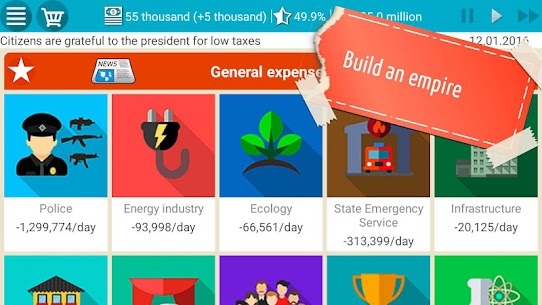 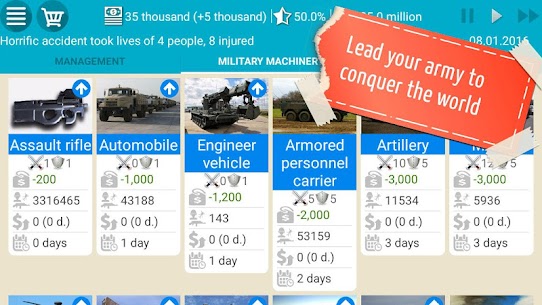 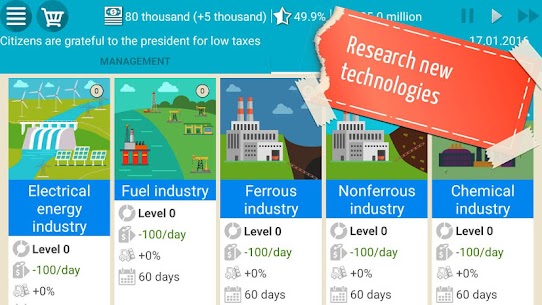 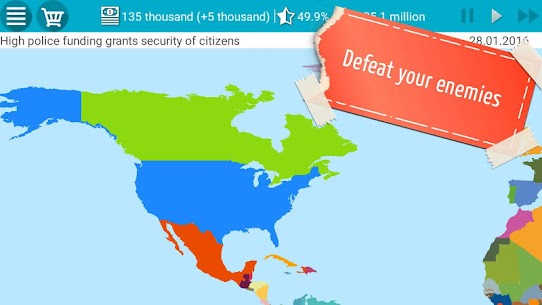